Heidi Den Ronden was part of a dedicated and delightful team who worked together to produce Magic Fish Dreaming.

Her playful designs enhanced the artistic work of Helene Magisson and showed sensitive understanding of my poetry.

Her professionalism and high level communication skills made working with her a rewarding and enriching experience for all in the team.

So here I am on Australia Day 2013 two years after the 2011 floods, sitting, wondering, and waiting for the ‘call’. I have already received an SMS and been placed on standby.

My bags are packed, I have read through my Emergency Services Workforce Activation Handbook and now I wait.

I could be activated at any time and my stomach is a bundle of nervous excitement and trepidation.

My experience in the 2011 floods led me to join the Red Cross as a volunteer and I have attended workshops and training scenarios all in preparation for this moment.

Gladstone is flooding, extreme weather events are happening right along the south-east coast line and communities around Bundaberg have been struck by tornadoes!

We have an ex-tropical cyclone to thank for this and the low is slowly meandering its way down the coast.

My smarphone and email have been beeping all day with severe weather alerts and I am glued Twitter, the BOM website and Facebook looking for updates with the latest information.

It has almost become, one might say… an addiction.

If anything the 2011 flood taught me, it is… social media is king! But seriously, if I am deployed I have to be prepared for anything. Going into a natural disaster zone is no joke.

Conditions can be extremely hazardous, and comforts such as reliable shelter, food, water and electricity may not exist.

The very people you are going into help may have lost everything including loved ones.

Therefore they have every right to be hostile, defensive and just plain old scared. I can empathise but in reality I have no idea what they are going through as this has never happened to me and God willing it never will.

I recall the story of one Red Cross volunteer, ‘Jane’, who shared her story with me of what it was like being deployed as a first-time volunteer in a disaster zone.

“To be choppered out to and be dropped into the sheer mess of the community centre to assist in establishing the evacuation centre was daunting. What we walked into was nothing I have ever experienced. The evacuees were extremely hostile when we first arrived. It didn’t help that an hour after we arrived with a few helpers and load of clean linen, politicians arrived,” she said.

“The evacuees thought it was a publicity stunt that we were there and then proceeded to be even more hostile, demanding to know why we were not there earlier. Thankfully, 24 sleepless hours later, we turned them around by our sheer hard work and organisation.

“When trying to find a peaceful 10 mins for a cup of tea at 11pm or 5am, I found there were always some of the evacuees who would come over for a chat. All they wanted was for someone to listen to their story. I found myself stemming back tears numerous times.”

She then spoke of the healing process that they went through by gaining the trust of the volunteers and how they were able to joke and laugh through the tears, even though they had lost everything and some owned nothing but the clothes on their backs.

So will I be activated and deployed to the disaster areas? I don’t know. Like most disasters the situation is unpredictable and ever changing.

However be rest assured that I will follow up to this story. I have no idea how this will pan out but I have learned so much of the strength and resilience of the human spirit already.

This, ladies and gentlemen is why I am volunteering.

Using fonts and styling suitable for engaging young children and their families with poetry and illustration.

Design and layout for a pull-up banner.

Collaborating as a team with the project manager and author, illustrator and printer. 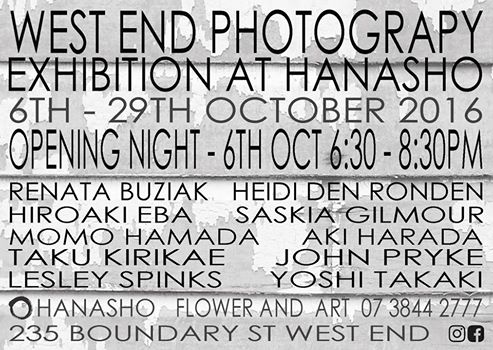 Hanasho can be found HERE.

Come and join us for the artist night and meet the artists, who will each give a brief talk about their work.